BRILLIANT TIPS FOR MOLD BUSTING
Mold grows in damp environment which could be due to poor air ventilation at home. Unhygienic environment may lead to the grow of mold as well. Therefore, if you are living or staying in a moldy environment, here are some of the tips for you to kill the mold and clean your house for a more healthy and better living environment.

IN THE BASEMENT & CRAWL SPACE

IN THE LAUNDRY ROOM 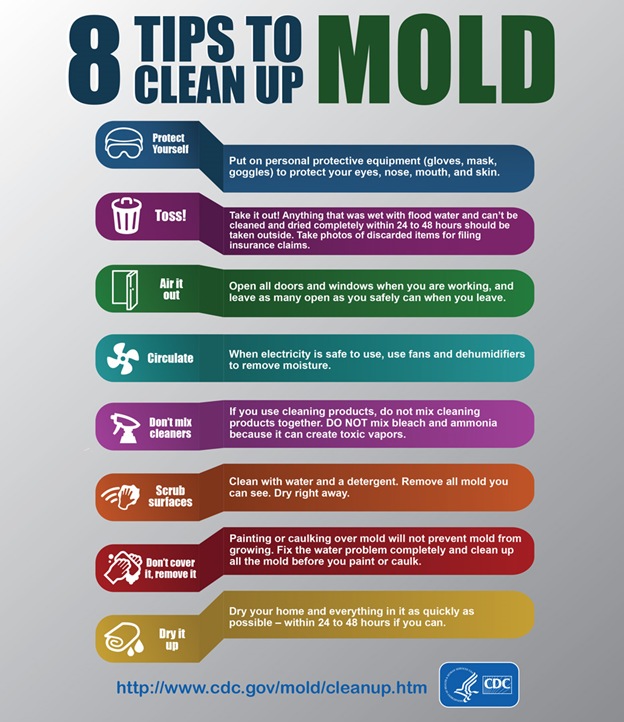 Bleach can kill virtually every species of indoor mold that it comes into contact with, along with its spores, leaving a surface sanitized and resistant to future mold growth (moldpedia.com) .
In SWO experiment, Chlorox (original) is able to remove green mold.

How: Pour concentrated chlorox on the affected area and leave it to soak for 30 minutes. After that, rinse it with water.

In SWO experiment, Hydrogen Peroxide is ale to remove green mold and black mold. Besides that, it is able to kill and remove fungi spores.